As it stands, I don’t see anything inherently wrong with two gay Christians going on dates, at least under official Catholic teaching (i.e. catechism). Of course, one can present the presumptuous dating-is-for-marriage-and-gay-marriage-isn’t-real argument, etc., etc., etc. Unfortunately for this argument, dating is a modern institution developed to have a variety of purposes, one of them being to discern whether someone might be a suitable life partner, one of them being to just get to know someone better, and one of them to discern whether someone is a good marriage partner. For my purposes, I’ve been calling dating “data collection.”

Dating is a recent institution still in change, and to pretend that it serves a single eternal purpose involves adopting a historically inaccurate view. Dating is not a Christian institution. It arose in Christian cultures (post-Christian cultures, given that they were Enlightenment cultures?), but it’s a cultural phenomenon adopted and reframed for Christian purposes, rather than a phenomenon that’s always been beholden to such purposes.

Still, I don’t adopt dating with all of its ambiguities. The gay celibate Christian thing is complicated, and I don’t think it would be fair to the other person to accept a date without disclosing my basic complications.

So if a guy asked me out, I could imagine myself saying something like,

“So here’s the deal. You seem like a really nice guy [if he’s actually nice]. But I’m Catholic. And what I mean by that is that I plan on living a celibate life and not getting married. I’m open to having a life partner or getting to know people, but if that’s not something you’re interested that’s totally fine. So I’ll give you my number, and if you’re still interested or if you want to talk about it, you can call or text me. But if you’re not, that’s totally fine too.”

But ultimately, I think it would be a really one-of-a-kind guy if it was going to work. Here are some things I’d probably have to talk with him about if we were considering it (in a non-hierarchical order, subject to refinement/addition):

*An Addendum. A friend helped me to think some of this out a bit more. Here’s some stuff, more or less just copied, from our conversation:

Some more thoughts on the word “dating”: I think the term “dating” is difficult, and there would have to be a lot of discussions on what we’re doing and how it’s different from how people usually think of dating. But that’s one of the advantages of using the word. Using the word “dating” lets you talk about how it’s different from what many people think of as “dating.” So I’d see dating as an easy stand-in term for something that doesn’t really have a word but might be like dating in many ways. In some ways, it’s like the word “gay.” It’s a caricatured and not always helpful and has frequent non-(or anti-)Christian meanings or connotations, but it’s frequently just the easiest word to use. It’s a good starting point, but it’ll need to be adjusted and fleshed out.

I’d be fine with being in a relationship and not calling it dating. I’m just also not super opposed to calling it dating either. But it doesn’t really matter in a way because I’m not in a romantic/datingish relationship anyways, and I’m not really looking for one. But I found it helpful to think of it that way, and it’s been a helpful response when friends have tried setting me up. I had a law school friend that tried to set me up with one of her church guys a couple of weeks ago. I told her a) if it was going to happen, it probably wouldn’t be for a while since I’m working through some stuff, and b) it would have to be a weird relationship in many ways and if he’s open to that we could discuss it but otherwise it wouldn’t work.

I just like the clear way of talking about it like this, because it avoids weird ambiguous relationships that can frequently be dishonest. Having a starting point for talking about it gives it a framework where you can discuss expectations, which helps to avoid some ambiguities and avoidance that can lead to dishonest and self-deceptive ways of moving forward in a relationship.

**A Second Addendum, added today: I’m actually not “on the market” currently. So if you’d ask me out, I’d actually say something like, “Thanks, but I’m seeing someone currently. I’m cool making friends, though!” 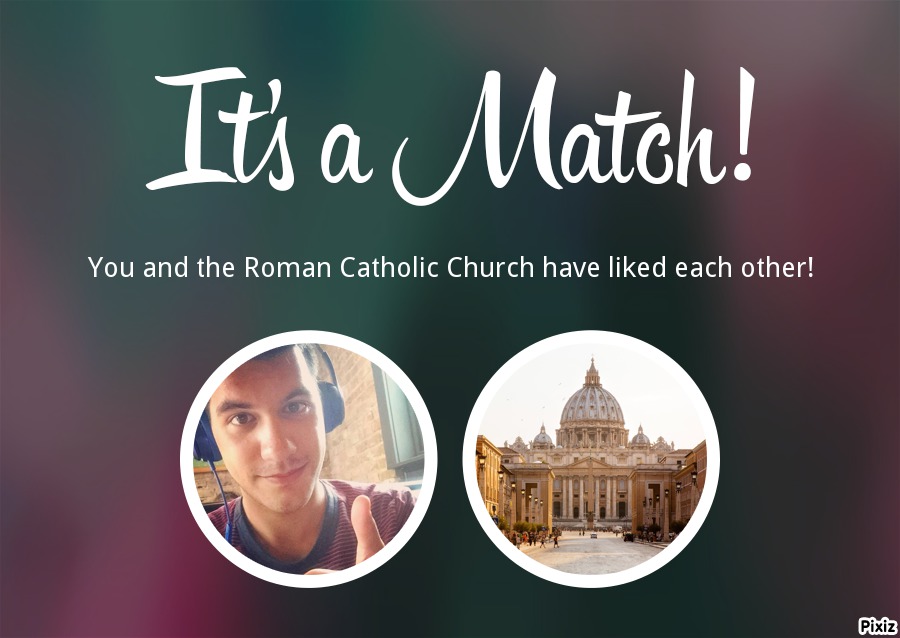