If Christians wish to call any kind of same-sex-attraction intrinsically disordered, one must say that many great Christian figures, including Michelangelo, John Henry Newman, David and Jonathan, Saints Sergius and Bacchus, and others suffered great disorder. Their same-sex relationships were fraught with struggles, and their same-sex friendships were constantly under attack by disordered desire. No source texts have affirmed that these men engaged in same-sex sexual activity, but many sources attest to intense emotional and physical attraction to other men.

The rest of this post can be found in my book, “I Desired You: An Intellectual Journal on Faith and Sexuality.” You can order a copy here. 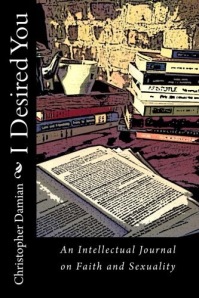 12 comments on ““The Gay Issue”: Newman and Michelangelo”